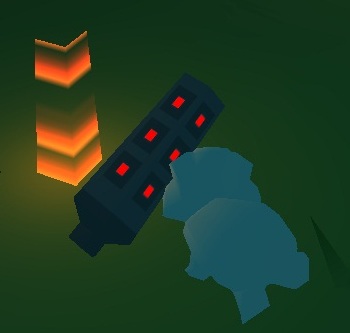 Charred Corpses are inert objects that cannot be purchased from the buy menu. They occur whenever a bunny walks into a Laser Wall or is killed by Robosaru's Flamethrower. When placed in the Feed Box, a crippling amount of money is deducted from the bank of the player controlling Robosaru.